A few weeks ago, a former Australian Prime Minister made headlines for telling Christians not to trust in governments. Scott Morrison wasn’t campaigning (he’d just lost an election). He was merely reminding Christians, regardless of their nationality or political persuasion, of what should be a given: ultimately, we trust in God alone.

Certainly, a brief look at recent world headlines tells us that we’ll always find opportunities to be anxious about governments and disagree with them. Think of the change of residents at 10 Downing Street, or the upcoming midterms in the US, or the turmoil in Sri Lanka, or the recent change of CE in Hong Kong and the political future of our city.

Think of Psalm 20, “Some trust in chariots and some in horses, but we trust in the name of the Lord our God. They are brought to their knees and fall, but we rise up and stand firm. Lord, give victory to the king! Answer us when we call!”. Or 1 Peter 2, “ Submit yourselves for the Lord’s sake to every human authority: whether to the emperor, as the supreme authority, or to governors, who are sent by him to punish those who do wrong and to commend those who do right.” In other words, trust goes to God, and submission goes to governments in obedience to God.

Having this perspective helps us in two ways.

We are defined by our identity in Christ

First, it diminishes our anxiety. In prayer, we remind ourselves of the sovereignty of God. Nothing happens outside of his knowledge or control. He has authority over rulers and governments, and one day all will be brought to judgement. So, we don’t need to despair when governments act outside of our preferences or understanding. God’s purposes stand firm. We can trust him.

Second, it breaks down walls. In a secular world, politics are often elevated to the level of a god. That’s why political causes are fought over so vociferously. That’s why opponents aren’t merely wrong; they are bad. However, Christians aren’t defined by our politics. Our identity in Christ defines us. He has brought down the barriers that used to divide us. That means it’s ok to disagree with Christians on politics because Christ has united us. It’s in him we trust and him who we seek to honour above all else.

So pray for our governments, but don’t trust in them. They’re human and very fallible. They need our prayer. 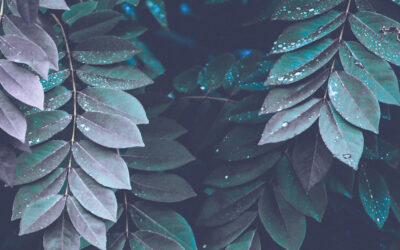 Most of us are used to hearing about the goodness of marriage and family in the church. At church, we see proud parents celebrating their newborns at baptism and bringing their children to Kidzone. In the Bible, we read about the marriage of Adam and Eve that begins...

END_OF_DOCUMENT_TOKEN_TO_BE_REPLACED Most people love a buffet. It’s the opportunity to pick and choose what you’d like to eat, no matter the eclectic combination of foods. “I like that, but I don’t like that.” We say that at the buffet, but sometimes we also say that about the Bible. Let’s face it,...

END_OF_DOCUMENT_TOKEN_TO_BE_REPLACED Psalms and prayers for all seasons

What was your last conversation with God like? Was it a lament as you poured out your soul through tears? Maybe it was joyful thanksgiving to acknowledge a gracious blessing from the Lord! Or perhaps it was a quiet confession in repentance after a wrong you have...